‘Fox Eyes’ are Not Designer

The coveted makeup look seems innocent on the surface, but it perpetuates cultural appropriation and subtle racism towards Asians.

Everywhere I look, the “fox eye” trend fills social media, and that’s a problem. It haunts me on my Instagram explore page, Twitter’s Trending page, and TikTok’s For You page. Countless YouTube tutorials and Pins inform people about how to copy this signature “look.” It makes me sick.

For those of you who may not know, the “fox eye” trend involves slanting the eyes and eyebrows upwards through the illusion of makeup or by undergoing plastic surgery. This trend is popularized by primarily white models like Kendall Jenner, Bella Hadid, and Megan Fox. In photos, the look is usually accompanied by pulling back the skin around the eyes for emphasis.

The altering of facial features with makeup is not racist. People change how they look with cosmetics all the time. Whether it is making your cheekbones more pronounced, shaping your nose to look smaller with contour or lengthening your eyelashes with mascara, enhancing or changing your features is normal in the realm of makeup.

However, this “trend” is blatant and unapologetic racism and cultural appropriation. It negates the fact that too many of us Asians are mocked for our eyes and ethnic features, resulting in a lot of self-consciousness, insecurities, and internal racism. There are several childhood memories of people pulling back their eyes in order to ridicule our features. Seeing the fox eye trend everywhere online normalizes racism towards Asians even more. As a matter of fact, Asian-looking eyes only became “trendy” when people decided it would conveniently fit their aesthetic.

Recently, popular content creator Emma Chamberlain posted an Instagram photo of herself pulling back her eyes and sticking out her tongue. She quickly received backlash about the gesture. Her fans defended her; according to them, the picture was a harmless “pose” not intended to be racist. Chamberlain later apologized in a Tweet, saying, “It’s come to my attention that some thought I was posing in an insensitive way in my recent Instagram post. That was NOT my intention at all and I’m so sorry to those who were hurt by it.” In other words, she said: “sorry you got offended.”

It’s not only that post. Throughout history, that gesture has been used to portray Asians as “other than.” In the Stanford Daily article “Unapologetic Cultural Appropriation: the Fox Eye Trend,” Sophie Wang showcases a French political cartoon by Henri Meyer. Wang writes, “the caricature pokes fun at Asian features that were meant to make the Chinese look more barbaric and subhuman to justify imperialism and to make the Japanese appear distanced and isolated from the other European powers.” 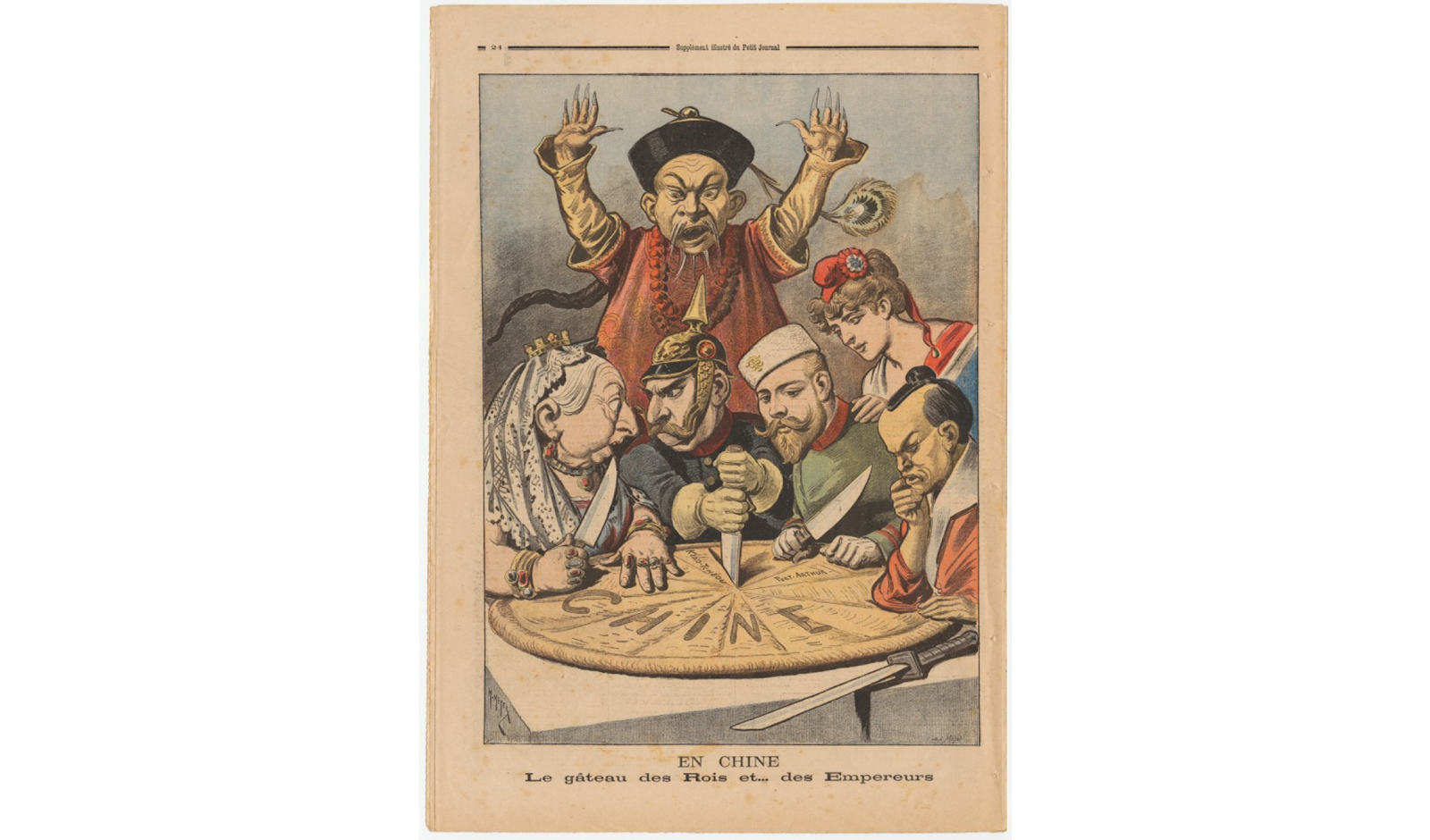 During World War II, several soldiers found brides overseas in Asia. The first War Brides Act allowed American soldiers to bring home their spouses and fiancés. Over the next twenty years, many of the Asian immigrants were war brides from Japan, South Korea, Vietnam, and the Philippines. These brides became a cultural and racial threat to the U.S., so in an effort to assimilate, many Asian women surgically altered their eye shapes.

Surgeries to alter eye shapes and make them appear bigger still continue today. In fact, Wang points out that they are “the third most requested cosmetic operation among Asian Americans and the most performed aesthetic procedure in Asia.” Sad.

The “fox eye” trend is not just a pose or something to take lightly. It symbolizes the exclusion and discrimination Asians regularly face and ignores the trauma we go through for features that are God-given. Pay attention to the voices around you. When an entire community voices their discomfort and concern about racism or cultural appropriation, listen.

The normalization of racism towards Asians needs to stop. Much like blackface, these careless trends must recede from our society.

10 thoughts on “‘Fox Eyes’ are Not Designer”